Towards the evening, when I was leaving office for the day, an interesting social media trend came to my attention - #PakCheerleaders. I clicked on the hashtag and saw everyone abusing leaders of AAP and Congress. Some more digging and I could sense that the anger is becuase of the side that they took in Anupam Kher Pak visa row.

In many hashtagged tweets I saw a screenshot of an AAP leader’s tweet. Without any proof, she pushed lies into social media. That Anupam Kher didn’t even apply for Pak Visa. 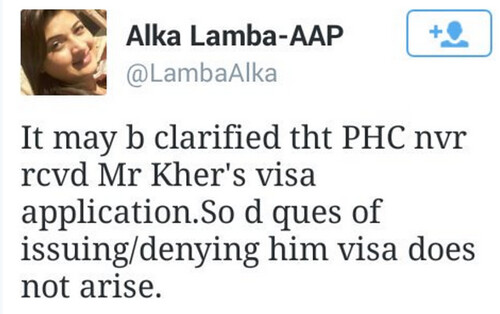 Some journalists prefered mocking at Anupam Kher instead of slamming Pakistan. How cheap! Such people are the reason why credibility of media is absolute zero today. 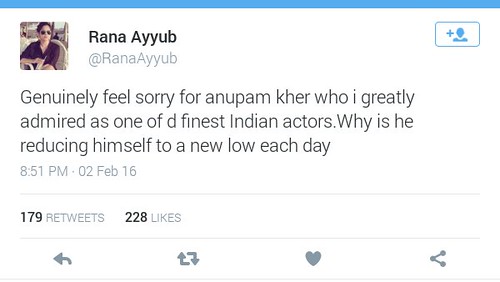 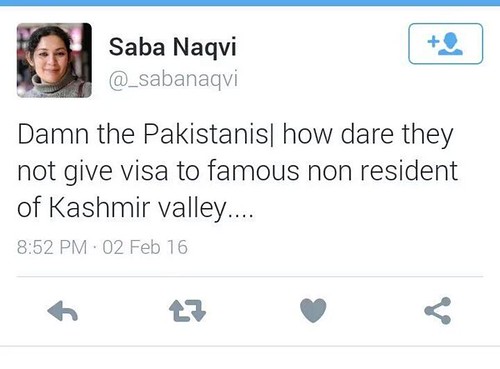 Without any clue of what has actually happened, Nandita Das supported Pak’s decision of not granting Visa to Anupam Kher. This is so funny and sad at the same time. She has to oppose Anupam Kher, so she will support Pakistan. Imagine there is a war going on, and Mr. Modi is our Prime Minister. Who will she support? 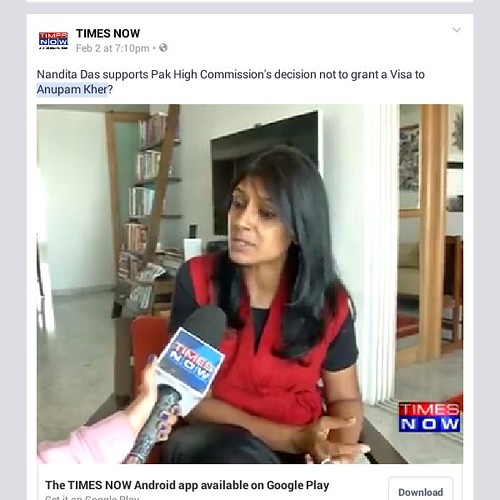 All of them must be red faced — I wish I could see their faces — after looking at what the Pak High Commissioner has said, 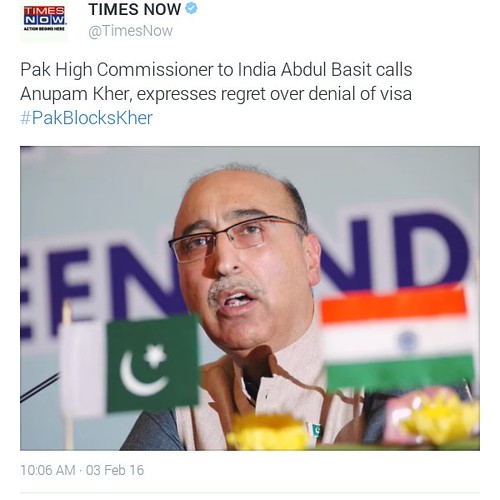 Anyway, all is well if it ends well. Anupam Kher’s closing tweet on this issue.

Thank you Mr. @abasitpak1 for your call & offering me visa to visit Karachi. I appreciate it. Unfortunately i've given away those dates now.

This was his closing. #PakCheerleaders started from this point onwards.